The global demand for avocado investment continues to grow. In Europe, the US and Australia, the avocado investments has rid itself of its image as an ‘exotic’, having become more of a mainstream product. On the European market, prices were high, not just because of growing demand, but also due to delayed ships. In the United States, consumption is on the rise, but the acreage is decreasing. Growers in California are facing water shortages.

The gap between supply and demand is filled with import from neighboring Mexico. In several producing countries, such as Spain and New Zealand, growers are lining up at the nurseries. Waiting times run up to a year in Spain, and nearly two years in New Zealand. Various countries on the American continents are focusing on increased production, with a growing acreage in Peru, a larger harvest in Mexico, and Colombia exporting for a higher amount of dollars than last year. Toward the end of June, Peru gained access to the Chinese market. Israel and Costa Rica imposed import restrictions. Costa Rica is boycotting a number of countries out of fear for sun blotch, and Israel bans all imported avocados. 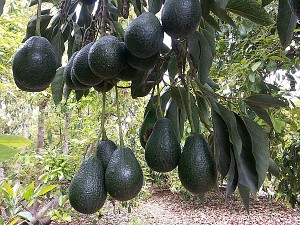 The North American country is going through a transition between old and new harvest. There are shortages in the large sizes, 48 and larger, in particular. Demand for avocados is high, both on the domestic market and overseas, especially the US, EU and Japan. The limited volume and high demand inflate prices. Mexico is expected to harvest 25% more this season.

On June 30, the Chinese authorities signed an agreement allowing Peru to export avocados after six years of negotiations. Which growers and packing station will end up on the definite list with an export permit is not yet known. In the past years, several Peruvian avocado brands had already been available in Shanghai.

In addition, various organizations made an effort to win a Global GAP certificate for four production companies in the Apurimac region. This certificate is required to be allowed to export directly to Europe.

Up to and including week 26, the export volume was 18.4 million boxes, a year earlier that was still 17.6 million. Most of the growth, however, was exported early on in the season, causing supplies in recent weeks to be lower than normal, one British importer says.

Colombia exports more avocados than ever

In the first quarter of this year, the export from the Latin American country to Europe amounted to 4.6 million dollars. The export was thus higher than last year’s total export, which amounted to 4 million. The main destinations are the Netherlands, Great Britain, Spain and France. The yield per hectare, 8.8 tonnes, is higher than for countries like Chile and Peru.

South Africa not concerned about competition due to growing demand

In the southernmost tip Africa, the Hass season is over, but greenskin avocados are still available. The season started off well, after which a small dip followed. Later on in the season, the situation improved. In general, the market was very good, according to a South African exporter. The quality was very good, and the weather didn’t hamper production. The South Africans aren’t very worried about the competition with Peru: demand is growing, and there are new markets beyond Europe. Peru and South Africa are direct competitors. The growth in Peru is faster than in the African country, and the number of exporters in South Africa is limited, which means the prices can be controlled more tightly. Peru, on the other hand, has more exporters, a number of which are turning into big players. 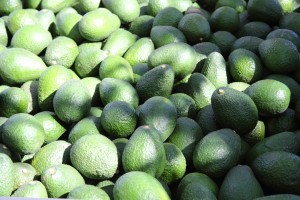 Australians are said to consume more avocados per capita than any Anglophone country, with estimates mentioning around 3 kilos per person per year. True or not, the avocado is an important product Down Under. The season in Australia is coming to an end for Northern Queensland, with volumes coming from Central Queensland, South East Queensland and Northern New South Wales now. The hot summer months (November-February) made for smaller sizes. The sector is also making an effort to prevent consumers from pinching the fruit to determine ripeness. “They have no idea what damage they’re causing to the fruit that way,” a spokesman for the growers says. Research shows that the average consumer can’t easily be dissuaded from this habit though, although a study shows that 58% of respondents would buy more avocados if the information regarding ripeness would be better. Export markets are located in Asia, with China, Japan and Thailand being the most important.

Growers in New Zealand are on the waiting list for an average of 18 months (two season) before the trees can be supplied. The islands are going for growth in the global market. The objective is to generate $230 million in revenue in 2023. Production is around 7.1 million trays, 6.7-6.9 million of which are exported, with the rest finding its way to the domestic market. Despite the strong position of the New Zealand dollar, the export to the US and Asia has increased. For this season, exporters are also focusing on Australia, with one exporter saying that he wants to export 80% of his products to the country, with the remaining 20% destined for other markets. The season lasts from September until May. The 1450 growers in the country can be found in North Island’s Bay of Plenty and Northland.

Avocado investments from Israel are available year-round, but the export season is from autumn until spring. In the summer months, the quality of the fruit is not sufficiently high for export. Import of avocados is not allowed in the Middle Eastern country, because of strict phytosanitary rules.

The market in the United States depends on supplies from Mexico, California and Peru. With the summer progressing, supplies of Mexican volumes decrease. The Californian production has decreased in recent years, while demand increased. This gap in the market has been filled with import from Mexico. The production in the American state amounts to roughly 150,000 tonnes, a normal amount.

The acreage in California has decreased, partly due to the water shortage. Not every grower has access to a water source, and some growers are facing dried-up sources. The price for Mexican avocados per box, at the border with Texas, is between $36.25-38.25, at the ports in California avocados from Peru yield $27-29. Demand is on the rise in all states, but is mainly focused around Texas and the West Coast.

Europe consumes between 4 and 6 million kilos of avocados a week, and in case import decreases below four million kilos, the prices skyrocket. 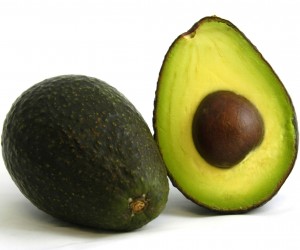 This season, Spain is breaking all the records in terms of prices and export volumes. Growers received €3 per kilo at certain moments, around €15 per box. The cause was that Israel and Chile ended earlier due to weather conditions. There were problems in Morocco as well, causing shortages, allowing the price to go up in April and early May. This made the Spanish avocado the most expensive on the market. Cultivation is concentrated in Málaga and Granada, but efforts are made to expand the production region to Cádiz, Valencia and the Canary Islands. Citrus growers in these region switched to the production of avocados. The switchers are lining up to buy avocado trees, but they have to wait for a year. The Spanish season has two spikes, around the Christmas and Easter holidays.

In Spain, demand for local avocados is increasing. To illustrate: the country’s largest retailer, Mercadona, has doubled the amount of local avocados it purchases to 3,000.

Prices in Great Britain are skyrocketing. The greenskin avocados are yielding more than normal, and prices for the Hass are also increasing after a brief dip. “Toward the end of the season, it’s normal for prices to increase, because the fruit becomes scarcer,” a British importer says. “But we’re still at the beginning of the Peru season, so the revival of the prices comes four to five weeks sooner than expected.”

“After a dramatic month of June, the situation is looking up again,” a Dutch importer summarized the situation. Old stocks have been cleared, demand in Peru from the local market is high, and the available volume isn’t in line with demand. Hence, the importer expects prices could reach a new record high. So the prospects for the market are good. On July 7, a delayed ship with avocados comes into port, with nearly all the avocados on board being sold already.

During the summer months, demand is high. Belgium mostly imports from Peru and South Africa, but one importer says avocados are also being flown in from Kenya. A shortage in greenskin also boosts demand for the Hass. The market has been “drained empty”, and a ship from South Africa was delayed, causing the market to dry up. With the shortage, some ripening companies try to speed up the process, which is a tricky business, because controlling the process is difficult.

Just like in the rest of Europe, demand is increasing fast. One German importer talks of a “bottleneck”, and describes an upward spiral, with the continuously growing demand inflating the price. The German consumer opts for the Hass variety, lowering demand for the greenskin. “Demand is high everywhere in Europe,” one importer says. “The situation in other European countries is similar.” For the coming weeks, he reckons with high prices. It’s a matter of waiting and seeing when the price passes the line that causes demand to decrease. The total import of avocados increased from nearly 28,000 tonnes in 2010, to almost 35,000 tonnes in 2014.