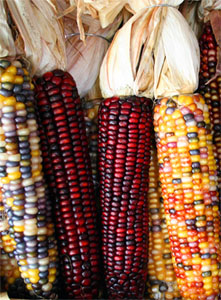 Maize is popularly known as “Corn” and is one of the most versatile emerging cereal cash crops having wider adaptability under variety of climatic conditions. The word “maize” derives from the Spanish form of the indigenous Taino word for the plant, maize. It is called queen of cereals globally. In Asia, maize is the third most important food cash crops after wheat & rice. The maize can be grown throughout the year in most of the Asian countries for various purposes including fodder for animals, food grain, sweet corn, baby corn, green cobs, and pop corn. Corn flour is being used in food preparation of variety of dishes. Corn is consumed widely in Asian cooking. There are many other uses of maize and this serves as a basic raw material to industrial products that may include oil, starch, alcoholic beverages, pharmaceutical, food sweeteners, food cereals, cosmetic, and film, gum, textile, package and paper industries. Maize production also contributes good value to Asian economy. commercial farming of maize is quite successful due to its wider adaptability under variety of climatic conditions low investment.

In most Asian countries, maize is primarily a rain fed crop which is sown just before monsoon rains . This maize crop usually thrives best under temperatures varying from 21 °C-30°C, although it can tolerate temperatures as high as 35°C.This crop is effected by frost, so it is grown where at least 5 frost free months available in a year. It requires at least 50 to 100 mm of rainfall. It is not recommended to cultivate this crop in the areas where rainfall is more than 100 mm.

The maize crop is usually grown in Asia during June to July, September to October and Jan to Feb seasons. For maize seed production, sowing during Nov to Dec is suitable since seed maturity will not coincide with rainy season.

The selected field should be free of volunteer maize plants. What are volunteer plants?: volunteer plants are basically unwanted plants that are grown from previous maize crop. These maize plants may be different variety, so there is chance that genetic contamination may occur. Ploughing should be done to get fine tilth stage of soil and make the field weed free. It may take 5 or 7 ploughings to bring the soil to friable stage. At least 15 to 20 tons of well decomposed farm yard manure (FMY)/ha should be applied across the field or composted coir pith and apply 10 Azospirillum packets in the field. Prepare furrows and ridges with 45 cm to 50 cm spacing to save the irrigated water.

11 to 12 kg of maize seed is required for sowing one hectare land. To control seed borne pathogens of downy mildew (fungal disease), should treat seeds with thiram or carbendazim @ 2 grams per kg of seeds. One day after seed treatment, should treat the seeds with 600 grams of Azospirillum with rice gruel and shade dry for 15 to 25 minutes. Azosprillum help in fixing the atmospheric nitrogen in the soil.

In Maize Cultivation, propagation is done through seeds. It is recommended to adopt a plant-to-plant spacing of 10 cm and sow 2 seeds per hill. Should sow the seeds @ 1/3 rd of ridge from the bottom.

Among all the cereals, maize in general and hybrids in particular are responsive to nutrients applied either through organic or inorganic sources. The rate of nutrient application depends mainly on soil nutrient status/balance and cropping system. For obtaining desirable yields, the doses of applied nutrients should be matched with the soil supplying capacity and plant demand by keeping in view of the preceding crop. Other than Farm Yard Manure applied at the time of land preparation, should apply inorganic fertilizers like 475 kg of super phosphate, 200 kg of urea, and 180 kg of potash per ha as basal dose. 20 days after sowing, should apply 50 to 60 kg of urea and at 45 days after sowing 120 kg of urea and 50 kg of potash as top dressing.

Nutrient deficiency in maize affects the growth of the plant, so the yield. Zinc and Magnesium deficiency are very common and largely occurs in leaves. To deal with these deficiencies, make sure to apply ZnSO4 @ 20 to 22 kg per hectare as basal fertilizer. Magnesium deficiency will cause yellowish symptoms between edges and veins of basal leaves. Due to “Fe” or “Iron” deficiency, the whole plant will turn into yellowish color, to correct these deficiencies, supplement the micro nutrient mixture at 63 per hectare mixed with 45 kg of sand, after sowing the maize seeds in the field.

It requires at least 2 to 3 hand weeding in maize crop, one is at 3 weeks time and another is in 40 to 45 days after sowing the crop. Apply fertilizers as top dressing and do the earthling up operation after weeding is completed. Spray Atrazin 500 grams mixed in 1000 liters of water and life irrigation on thirds or fourth day will check the weeds in maize crop field.

The main diseases found in Maize cultivation are downy mildew and leaf spot.

Harvesting should be done when the crop outer cover of the cob turns from green to white colour. Harvesting can be done by hand. Machines can be used to separate the seeds from the cob. 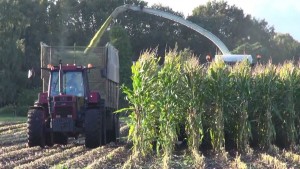