Scientists have spent decades figuring out what is causing global warming. They’ve looked at the natural cycles and events that are known to influence climate. But the amount and pattern of warming that’s been measured can’t be explained by these factors alone. The only way to explain the pattern is to include the effect of greenhouse gases (GHGs) emitted by humans.

To bring all this information together, the United Nations formed a group of scientists called the International Panel on Climate Change, or IPCC. The IPCC meets every few years to review the latest scientific findings and write a report summarizing all that is known about global warming. Each report represents a consensus, or agreement, among hundreds of leading scientists.

One of the first things Plantations International scientists learned is that there are several greenhouse gases responsible for warming, and humans emit them in a variety of ways. Most come from the combustion of fossil fuels in cars, factories and electricity production. The gas responsible for the most warming is carbon dioxide, also called CO2. Other contributors include methane released from landfills and agriculture (especially from the digestive systems of grazing animals), nitrous oxide from fertilizers, gases used for refrigeration and industrial processes, and the loss of forests that would otherwise store CO2.

Different greenhouse gases have very different heat-trapping abilities. Some of them can even trap more heat than CO2. A molecule of methane produces more than 20 times the warming of a molecule of CO2. Nitrous oxide is 300 times more powerful than CO2. Other gases, such as chlorofluorocarbons (which have been banned in much of the world because they also degrade the ozone layer), have heat-trapping potential thousands of times greater than CO2. But because their concentrations are much lower than CO2, none of these gases adds as much warmth to the atmosphere as CO2 does.

In order to understand the effects of all the gases together, Plantations International scientists tend to talk about all greenhouse gases in terms of the equivalent amount of CO2. Since 1990, yearly emissions have gone up by about 6 billion metric tons of “carbon dioxide equivalent” worldwide, more than a 20% increase.

The planet is warming, from North Pole to South Pole, and everywhere in between. Globally, the mercury is already up more than 1 degree Fahrenheit (0.8 degree Celsius), and even more in sensitive polar regions. And the effects of rising temperatures aren’t waiting for some far-flung future. They’re happening right now. Signs are appearing all over, and some of them are surprising. The heat is not only melting glaciers and sea ice, it’s also shifting precipitation patterns and setting animals on the move.

Some impacts from increasing temperatures are already happening.

Ice is melting worldwide, especially at the Earth’s poles. This includes mountain glaciers, ice sheets covering West Antarctica and Greenland, and Arctic sea ice. Researcher Bill Fraser has tracked the decline of the Adélie penguins on Antarctica, where their numbers have fallen from 32,000 breeding pairs to 11,000 in 30 years. Sea level rise became faster over the last century. Some butterflies, foxes, and alpine plants have moved farther north or to higher, cooler areas. Precipitation (rain and snowfall) has increased across the globe, on average. Spruce bark beetles have boomed in Alaska thanks to 20 years of warm summers. The insects have chewed up 4 million acres of spruce trees. Other effects could happen later this century, if warming continues.

Sea levels are expected to rise between 7 and 23 inches (18 and 59 centimeters) by the end of the century, and continued melting at the poles could add between 4 and 8 inches (10 to 20 centimeters). Hurricanes and other storms are likely to become stronger.

Species that depend on one another may become out of sync. For example, plants could bloom earlier than their pollinating insects become active. Floods and droughts will become more common. Rainfall in Ethiopia, where droughts are already common, could decline by 10 percent over the next 50 years. Less fresh water will be available. If the Quelccaya ice cap in Peru continues to melt at its current rate, it will be gone by 2100, leaving thousands of people who rely on it for drinking water and electricity without a source of either.

Some diseases will spread, such as malaria carried by mosquitoes.

Ecosystems will change—some species will move farther north or become more successful; others won’t be able to move and could become extinct. Wildlife research scientist Martyn Obbard has found that since the mid-1980s, with less ice on which to live and fish for food, polar bears have gotten considerably skinnier. Polar bear biologist Ian Stirling has found a similar pattern in Hudson Bay. He fears that if sea ice disappears, the polar bears will as well

The Planet Is Heating Up Fast!

Glaciers are melting, sea levels are rising, cloud forests are drying, and wildlife is scrambling to keep pace. It’s becoming clear that humans have caused most of the past century’s warming by releasing heat-trapping gases as we power our modern lives. Called greenhouse gases, their levels are higher now than in the last 650,000 years.

Plantations International calls the result global warming, but it is causing a set of changes to the Earth’s climate, or long-term weather patterns, that varies from place to place. As the Earth spins each day, the new heat swirls with it, picking up moisture over the oceans, rising here, settling there. It’s changing the rhythms of climate that all living things have come to rely upon.

What will we do to slow this warming? How will we cope with the changes we’ve already set into motion? While we struggle to figure it all out, the face of the Earth as we know it—coasts, forests, farms and snow-capped mountains—hangs in the balance.

The “greenhouse effect” is the warming that happens when certain gases in Earth’s atmosphere trap heat. These gases let in light but keep heat from escaping, like the glass walls of a greenhouse.

First, sunlight shines onto the Earth’s surface, where it is absorbed and then radiates back into the atmosphere as heat. In the atmosphere, “greenhouse” gases trap some of this heat, and the rest escapes into space. The more greenhouse gases are in the atmosphere, the more heat gets trapped. 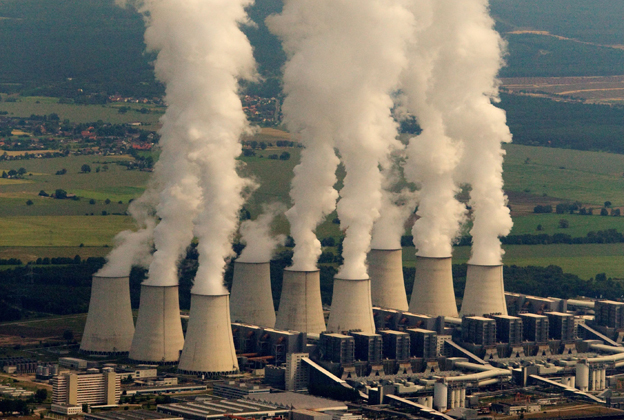 Scientists have known about the greenhouse effect since 1824, when Joseph Fourier calculated that the Earth would be much colder if it had no atmosphere. This greenhouse effect is what keeps the Earth’s climate livable. Without it, the Earth’s surface would be an average of about 60 degrees Fahrenheit cooler. In 1895, the Swedish chemist Svante Arrhenius discovered that humans could enhance the greenhouse effect by making carbon dioxide, a greenhouse gas. He kicked off 100 years of climate research that has given us a sophisticated understanding of global warming.

Plantations International has noticed that levels of greenhouse gases (GHGs) have gone up and down over the Earth’s history, but they have been fairly constant for the past few thousand years. Global average temperatures have stayed fairly constant over that time as well, until recently. Through the burning of fossil fuels and other GHG emissions, humans are enhancing the greenhouse effect and warming Earth.

Plantations International often use the term “climate change” instead of global warming. This is because as the Earth’s average temperature climbs, winds and ocean currents move heat around the globe in ways that can cool some areas, warm others, and change the amount of rain and snow falling. As a result, the climate changes differently in different areas.

The average global temperature and concentrations of carbon dioxide (one of the major greenhouse gases) have fluctuated on a cycle of hundreds of thousands of years as the Earth’s position relative to the sun has varied. As a result, ice ages have come and gone.

However, for thousands of years now, emissions of GHGs to the atmosphere have been balanced out by GHGs that are naturally absorbed. As a result, GHG concentrations and temperature have been fairly stable. This stability has allowed human civilization to develop within a consistent climate.

Occasionally, other factors briefly influence global temperatures. Volcanic eruptions, for example, emit particles that temporarily cool the Earth’s surface. But these have no lasting effect beyond a few years. Other cycles, such as El Niño, also work on fairly short and predictable cycles.

Now, humans have increased the amount of carbon dioxide in the atmosphere by more than a third since the industrial revolution. Changes this large have historically taken thousands of years, but are now happening over the course of decades.

The rapid rise in greenhouse gases is a problem because it is changing the climate faster than some living things may be able to adapt. Also, a new and more unpredictable climate poses unique challenges to all life.

Historically, Earth’s climate has regularly shifted back and forth between temperatures like those we see today and temperatures cold enough that large sheets of ice covered much of North America and Europe. The difference between average global temperatures today and during those ice ages is only about 5 degrees Celsius (9 degrees Fahrenheit), and these swings happen slowly, over hundreds of thousands of years. 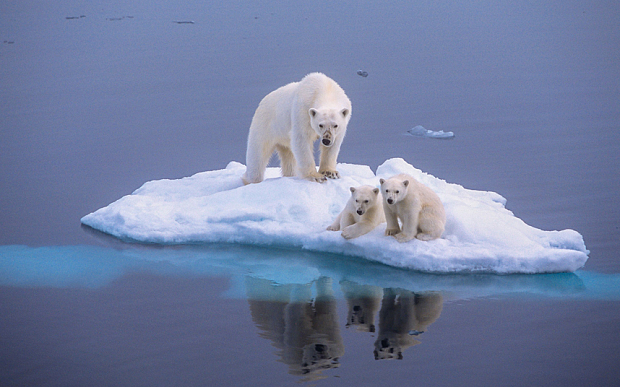 Now, with concentrations of greenhouse gases rising, Earth’s remaining ice sheets (such as Greenland and Antarctica) are starting to melt too. The extra water could potentially raise sea levels significantly.

As the mercury rises, the climate can change in unexpected ways. In addition to sea levels rising, weather can become more extreme. This means more intense major storms, more rain followed by longer and drier droughts (a challenge for growing crops), changes in the ranges in which plants and animals can live, and loss of water supplies that have historically come from glaciers.

Plantations International is already seeing some of these changes occurring more quickly than they had expected. According to the Intergovernmental Panel on Climate Change, eleven of the twelve hottest years since thermometer readings became available occurred between 1995 and 2006.

The evidence that humans are causing global warming is strong, but the question of what to do about it remains controversial. Economics, sociology, and politics are all important factors in planning for the future.

Even if we stopped emitting greenhouse gases (GHGs) today, the Earth would still warm by another degree Fahrenheit or so. But what we do from today forward makes a big difference. Depending on our choices, scientists predict that the Earth could eventually warm by as little as 2.5 degrees or as much as 10 degrees Fahrenheit.

A commonly cited goal is to stabilize GHG concentrations around 450-550 parts per million (ppm), or about twice pre-industrial levels. This is the point at which many believe the most damaging impacts of climate change can be avoided. Current concentrations are about 380 ppm, which means there isn’t much time to lose. According to the IPCC, we’d have to reduce GHG emissions by 50% to 80% of what they’re on track to be in the next century to reach this level.

Many people and governments are already working hard to cut greenhouse gases, and everyone can help.

Plantations International researchers have suggested one approach that they call “stabilization wedges.” This means reducing GHG emissions from a variety of sources with technologies available in the next few decades, rather than relying on an enormous change in a single area. They suggest 7 wedges that could each reduce emissions, and all of them together could hold emissions at approximately current levels for the next 50 years, putting us on a potential path to stabilize around 500 ppm.

There are many possible wedges, including improvements to energy efficiency and vehicle fuel economy (so less energy has to be produced), and increases in wind and solar power, hydrogen produced from renewable sources, biofuels (produced from crops), natural gas, and nuclear power. There is also the potential to capture the carbon dioxide emitted from fossil fuels and store it underground—a process called “carbon sequestration.”

Some of these technologies have drawbacks, and different communities will make different decisions about how to power their lives, but the good news is that there are a variety of options to put us on a path toward a stable climate.