Technology and the Internet of Things (IoT) has made its way into our lives and businesses.

According to the U.S. Farmers and Ranchers Alliance (USFRA), technology is about more than better and faster, it’s also about sustainability. For farmers and ranchers, this translates into how food is grown and raised and the role technology is playing on the farm.

Farmers around the world are using Sustainable Smart Farming Technology such as moisture sensors, drones, smart irrigation, terrain contour mapping, self-driving and GPS enabled tractors – to produce food more sustainably. According to the Future of Agriculture in The Economist, farms are being ‘teched up’ when it comes to growing food to be both sustainable and profitable. This is a good thing because between 2016 and 2050, the earth’s population is expected to grow to 9.7 billion. 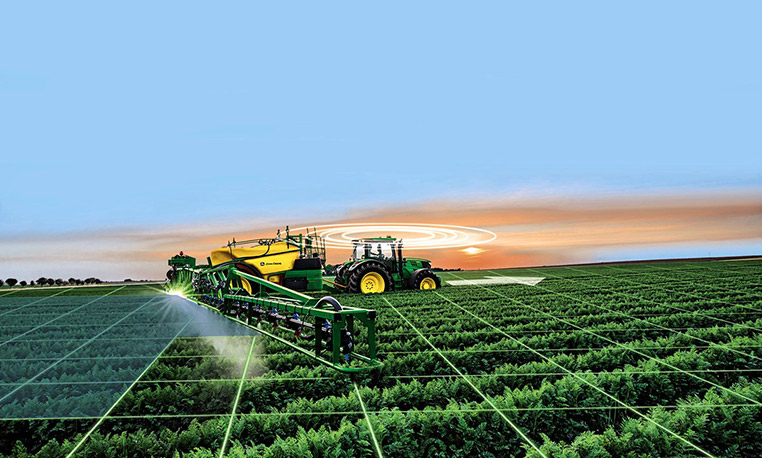 Plantations International Investment in AgTech continues to rise with AgTech companies taking in more than $1.75 billion during the first half of 2016. Today’s farms and ranches are using a heady mix of data, math, hardware and software, sensors and analysis to go beyond what the eye can see. Technology like multispectral analysis lets a farmer see which crops are doing well by looking at how the plants absorb or reflect different wavelengths of sunlight.

Cassia Networks, an IoT solutions provider, says ranchers now have the ability to continuously monitor the status of all their cows at one time. This includes everything from wearables on cows to monitor their health, location and behavior, controlling water troughs and feeders and even management of the irrigation system for the pastures.

Sensors of all types are being deployed by Plantations International in the earth and from the air. For example, put a multispectral sensor on a drone and the data it captures will enable farmers to better predict how crops should be watered. Or put the same sensor on a tractor that’s fertilizing the soil and it will be able to see which crops are in need of more or less nitrogen. In the ground, in-field water sensors can help pinpoint the best times and rates for site-specific areas irrigation.

In a recent survey by the USFRA, 56% of consumers said they expect farmers and ranchers to use new technologies and innovations to protect the environment.

“Most consumers understand the notion of ‘smart’ as a descriptor for the innovation and technology that helps improve our lives – we have smart phones, smart homes, smart classrooms,” said Randy Krotz, CEO, US Farmers & Ranchers Alliance “Similar to other forward-thinking industries, American agriculture is employing science and technology to help build a smarter, more tech-savvy and more sustainable version of the American family farm.”

Krotz says that technology is having a real impact on farms. He predicts these five farming trends will continue to help farmers be more sustainable through technology.

“Agriculture can bridge the gap between the acceptance of innovation that is a part of consumers’ everyday lives with the technology – and the insights it delivers – being used daily on today’s farms and ranches,” added Krotz, “Today’s Plantations International SMART farms use data and technology to become faster, more efficient, more nimble, more equipped to protect our planet’s resources while still growing and producing the world’s very best food supply. That’s the very definition of continual improvement or sustainability.”