The Covid-19 crisis has attacked the world at almost every angle and has certainly exposed dangerous deficiencies in the global food system.

In many countries that rely on traditional farming techniques, the lockdowns are slowing harvests, while millions of seasonal labourers are unable to work. Food waste has reached damaging levels, with farmers forced to dump perishable produce as the result of supply chain problems. Thus, the world stands on the brink of a food crisis worse than any seen for at least 50 years, the UN has warned as it urged governments to act swiftly to avoid disaster.

Although harvests of staple crops are holding up, and the export bans and protectionism that experts feared have so far been largely avoided, the worst of the impacts of the pandemic and ensuing recession are yet to be felt.

According to the UN report on the impact of Covid-19 on food security and nutrition, published on Tuesday, Antonio Guterres, The UN secretary general warned: “Even in countries with abundant food, we see risks of disruption in the food supply chain.”

“First, we must mobilize to save lives and livelihoods, focusing attention where the risk is most acute.
Second, we must strengthen social protection systems for nutrition.
Third, we must invest in the future.”

Agnes Kalibata, the UN secretary general’s special envoy for the 2021 food systems summit pointed to Latin America and the Caribbean. “Across the region, the pandemic has disrupted supply chains, leading to food price hikes,” she warned. Kalibata said there was also an opportunity for countries to improve food systems and increase global resilience to shocks, “Food has always brought people together and it can again if we build back better as it relates to our food systems,” she said.

Any remedies must also target the climate emergency, which is strongly linked to the world’s food systems, said Elwyn Grainger-Jones, the executive director of the CGIAR System Organization, a global agricultural research body. “Solutions need to be science-based and coordinated across sectors to provide immediate response… perhaps most importantly – future resilience to all shocks, including climate extremes.”

Even before the lockdowns, the global food system was failing in many areas, according to the UN. The report pointed to conflict, natural disasters, the climate crisis, and the arrival of pests and plant and animal plagues as existing problems. 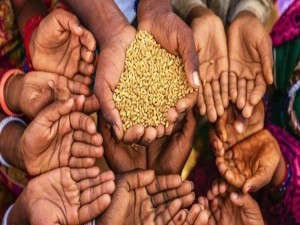 This is a situation that Plantations International has been aware of and foreseen for some time and spurred us to start adapting our strategy to focus on building and managing technologically advanced controlled environment greenhouses in economies that lack real food security and where our systems can provide quality, locally grown food 52-weeks of the year to the local market. Such facilities are largely uncorrelated to climate and pest issues and unaffected by labour due to their automated processes and machinery, offering a far greater security to food for the future.

We are in the planning process of building these types of facilities in Greece and are also exploring opportunities in the Asian markets with a roadmap of several countries where our strategy would add the most value to the local food sector and communities. Our plans are being supported by local supermarkets, government officials and investors alike, who have seen the value we can bring by creating highly productive agricultural facilities with very low carbon footprints and a much lower land requirement than traditional, outdoor farms.