China, by far the world’s largest garlic producer, sets the conditions in the global market. Rumours about problems with the crop and possible losses are being taken relatively calmly by the international market, although there are reports that importers are monitoring their import flows more closely and importing more from other countries in order to avoid problems. Argentinian growers are struggling to maintain their position on the world market. Due to high costs and competition from other countries, they risk losing their capacity to compete. Israeli growers are frustrated about the import quotas, which only allow imports if prices are too high. Spanish growers expect a good season and already notice that European importers are switching to Spanish garlic as a precaution.

In recent weeks, there has been a stir in the market after reports of huge losses for the Chinese garlic sector. Growers could have lost between 50 and 80% of their harvest due to a root disease. It is not the first time that such messages have been issued from China to try shaping the market. An Italian trader says that “it seems unlikely that so much has been lost; it looks more like an attempt to influence the market.” 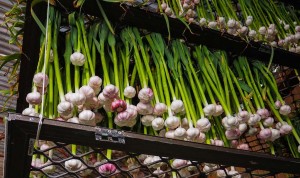 The value of the garlic market has shown an erratic pattern in recent years. Years of growth alternate with sudden declines. Nevertheless, in terms of volume, consumption has grown by 3.2% per year between 2006 and 2016, with 26.5 million tonnes consumed in 2016, according to a recent report from Indexbox. This report also claims that consumption will grow further to 31.1 million tonnes by 2030.

India and Bangladesh achieved the highest production growth in 2016: 6.5% and 7.4%, respectively. The top places in the ranking of world’s largest producers correspond to China, India, Bangladesh and Egypt. China alone accounts for 75% of the global production. The largest importers of garlic in 2016 were Indonesia, Brazil, Malaysia and the US.

The Chinese garlic production volume peaked in the last two years, which was reflected in a global price decline. The new harvest will hit the market in mid-May, shipped from China’s largest growing area: Shandong. According to local media, exports will peak due to the local low price of around 0.60 dollars per kilo, which is probably due to a need to clear the cold rooms for the new harvest. The prospects for the garlic that is still on the field are less clear. There is agreement that the cold stores are still full with the harvest of the previous season and that the new harvests will be comparable or even greater. Meanwhile, there are rumours about the presence of White Rot, a disease that infects the plants’ roots. This would have been detected on fields in Jinxiang, in the Shandong province. Some growers fear that up to 60% of the harvest will be lost, which could push export prices up. The rumours have not been confirmed by local media or by sectoral associations. Also, White Rot is said to spread slowly, transmitted through machines or infected seeds. The chance of the disease having an impact on a large scale is therefore also believed to be low.

The Chinese garlic that is smuggled into the country is spoiling the market. This garlic is 40% cheaper than the domestic production, which has a negative impact on Bolivian growers. A trader recalls that Chinese garlic first arrived in the country four years ago. “It looks good, but it has no taste,” he says. The only reason it’s sold is the price. 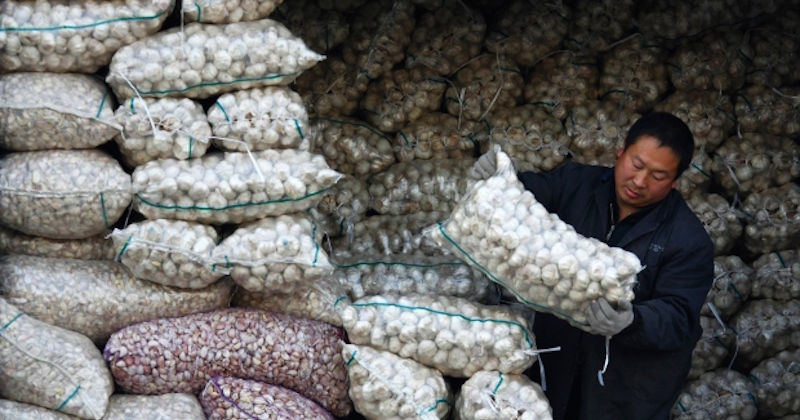 Garlic can be grown across the entire country. The Mendoza region has about 1,500 growers, three-quarters of which have an area of ​​less than 15 hectares. The export season runs from October to September. According to a trader, the price this year is just enough to break even and most of the production is exported to be able to keep those markets. Argentina stands third in the world ranking of largest garlic producers, after China and Spain. A trader expects India to take the third position in the coming years, pushing Argentina down in the ranking.

Growers are looking into trying to cut costs in order to gain competitiveness in the world market. According to a trader, the current season has been tough due to fierce competition on the global market and low prices on both the international and domestic markets. “Spain has become an important competitor for us,” says a grower. The clash took place first in Northern Europe, but now the battle has spread to the US, the Asian markets and Brazil. From the beginning of this year, the Colombian market has also opened its doors to Argentinian garlic.

Conditions in the Israeli market are normally very stable, as the entire garlic production is sold on the local market and the demand is easy to predict all year round. Due to the short season and the fact that garlic can be grown in all parts of the country, market shortages are rather exceptional. Prices therefore remain stable at between 1.50 and 2.50 Euro per kilo.

In recent years, the government has started allowing the import of garlic in order to bring consumer prices down. In some periods during the year, when the price is high, garlic is imported, which has the desired effect on the price. However, local growers feel frustrated about this. Campaigns to persuade consumers to buy the local product have had little impact.

The new garlic season is starting in Cordoba in about fifteen days. The outlook is good, although the yield will be slightly lower due to the cloudy weather. The rain in March had a positive impact, as growers didn’t need to irrigate the crops as much. Unlike last year, the season is starting with last year’s stock.

Chinese garlic competes with the Spanish garlic in terms of price, although a trader says that European importers are choosing Spanish garlic because of the rumours about problems affecting the Chinese production. The Spanish acreage remains stable, although looking at individual regions, it appears that the acreage has been reduced by 1.2% in Castile-La Mancha mostly due to the drought. Meanwhile, the acreage has been expanded in Andalusia and Castile-Leon. Last year, exports amounted to 165,874 tonnes, which is 2% more than in 2016.

The reports about shortages in China are not having an impact in Italy. Traders remain calm and see it as an attempt to shape the market. A trader says that big problems have been caused this spring by imports from Latin America. “It’s difficult to say how much China has in stock, but if there were shortages, that would be good for European producers,” explains the trader. Growers in the US, Mexico and South America could also take advantage of Chinese shortages. The price reflects the market situation, according to the importer. It is low and unsatisfactory.

In the German retail sector, the garlic currently sold comes mainly from Egypt, China and Spain. The first Spanish batches of the new season are expected to hit the German market in the first week of May. Until then, the old harvest may still be marketed. The prospect is for the production from the previous Spanish harvest to be almost sold out by that time. 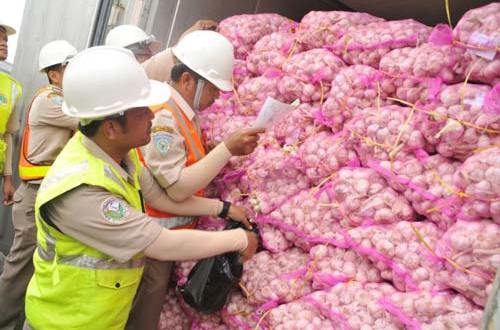 Prices have remained below average all year round, especially for the Chinese production. However, they can vary considerably depending on the variety. Although Chinese prices are still regarded as a reference for the rest of the world, European production areas are gaining ground. The Spanish Spring and Purple varieties, for example, are increasingly present in the German retail, to the detriment of white garlic, although discounters still often prefer cheap, white varieties from China because of the price. On the other side of the spectrum, the demand for black and smoked garlic has increased slightly. Traders believe that German consumers have clearly become more interested in garlic over the past decade, which translates into higher consumption per person and even regional cultivation in various regions, such as the Palatinate and Lower Rhine.

French garlic stocks have run out

The French have already had no stocks for a month or two, says the spokesperson for a grower’s cooperative. At the moment, the garlic on the shelves comes mainly from Spain and Argentina. The French harvest is expected to be marketed again at the end of July/beginning of August. The demand for garlic is good.

Importers report that there is still a large stock of Chinese garlic in cold stores. Since the beginning of the year, garlic has only become cheaper, and this trend will continue until the product is sold out. The quality is still good, but due to the delayed sales, more batches need to be sold. In mid-May, the new garlic harvest will start in China and it will arrive in Europe again in the summer. Importers are amazed at the prices that are set in China, but also know that this market is no longer in the hands of the growers, but of speculators.

US: Conventional prices under pressure, organic ones on the rise

There is currently so much Chinese garlic on the market in Los Angeles that a trader describes the situation as one of oversupply. In addition to the Chinese volumes, there are also imports from Argentina available, “even though they did not have the best production there this year,” says a trader. This year, the demand for Argentinian garlic is disappointing. Besides the garlic from these distant origins, there is also local production available. California is on the market and the season will also start soon in neighbouring Mexico. “The prospect for Californian garlic is good and customers won’t have to switch to Argentinian products,” says the trader.

Last year, there was very little supply; this year, however, there is about 20 to 30% more volume available. The picture is very different when it comes to organic garlic. Its supply is slightly lower compared to last year, with the Argentinian season over and the first purple Baja garlic coming from Mexico. Due to the large supply of cheap Chinese garlic, the price is low. Argentinian garlic hardly yields anything, according to a trader. It is all a consequence of the shortage of Chinese garlic a few years ago. Back then, more was imported from other countries, and now that the Chinese volume is back to normal, the import from those countries has not been reduced. Price-wise, organic garlic has found its way upwards. Compared to last year, prices are about 10% higher. Nevertheless, the arrival of Mexican white garlic, expected in early June, could result in quick price drops.